Fashion derives beauty from how it exists equally and simultaneously in both the second and third dimensions. An article of clothing can be simplified to two dimensional shapes, cut out from fabric, and attached to one another at their edges to make something three dimensional. But while the garment transitions into the third dimension, it holds scars of its previous two dimensional form in its seams. For my sustained investigation, I sought out to find what qualities a piece of clothing gains when new shapes are deliberately added to a garment.

Each piece starts as a sketch. Sometimes it’s abstract shapes, overlapping and interacting with one another. These inspire the design, where my style of sketching is heavily focused on the two dimensional seams, lines, flaps, and openings of the garment, rather than how it may interact with and fall on the body. I become less concerned with maximizing the functionality of a garment, and more interested in how I can play with certain elements of basic pieces to create new shapes. Sometimes it’s repeating motifs such as cuffs, flaps, and openings on a jacket. Other times it’s introducing new shapes and curves typically not seen in the basic garment.

Ultimately I try to allow the viewer to see clothes the way I see it: shapes. 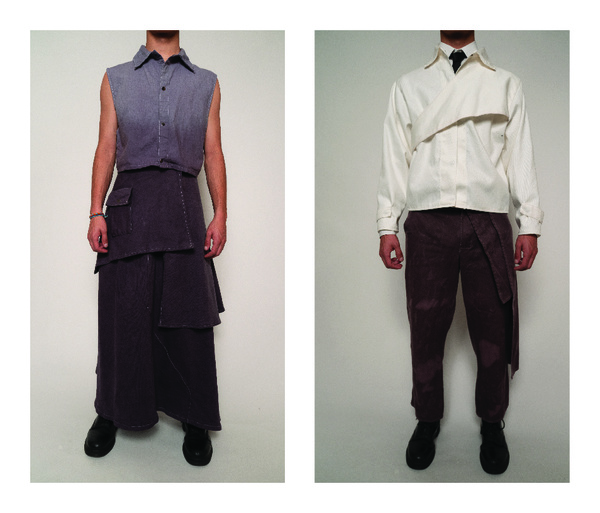 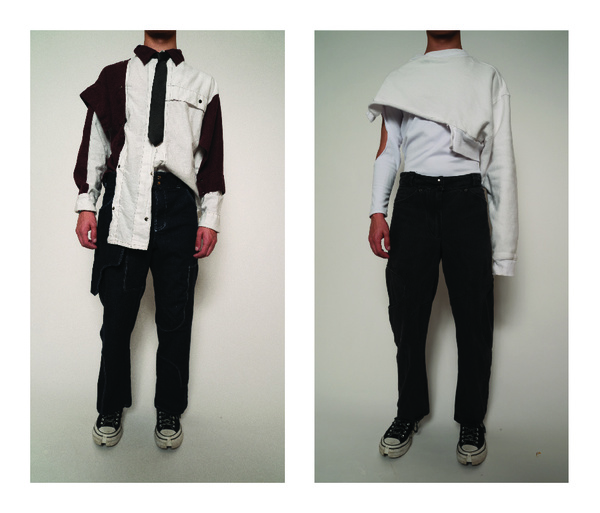 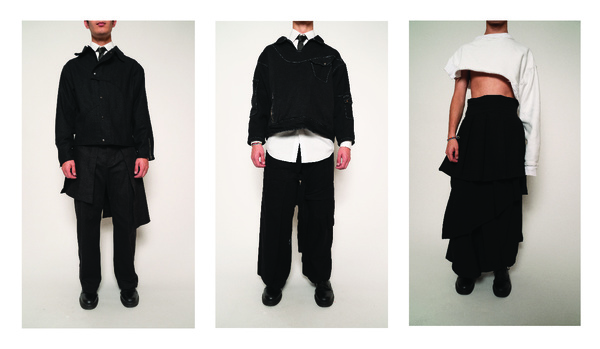 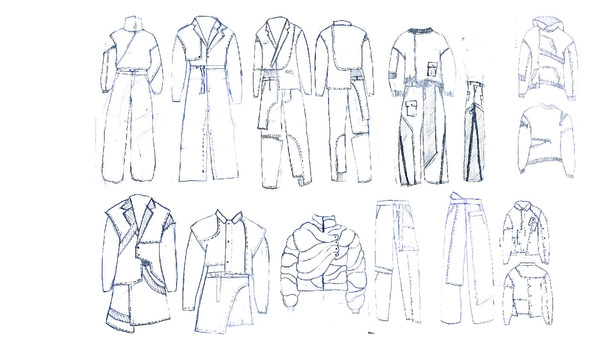 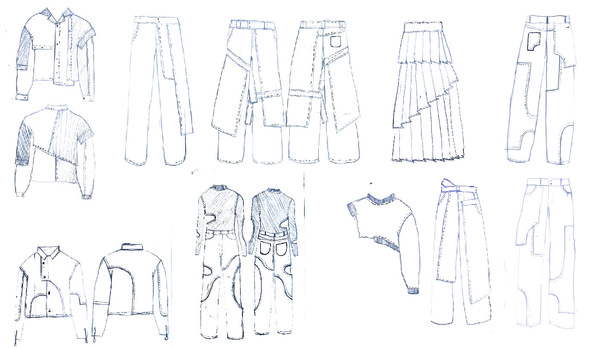