My concentration as a whole centers around memory and death. For some of my images, I was interested in the idea that true beauty is horror and that there’s a certain spectacle in death and dead things. For other works, I focused on the relationship between memory and experience, sometimes showing the same moment in two works to illustrate the influence that nostalgia and growing old has on the individual. In many works, I portrayed the subjects untethered to their landscape to indicate displacement and the fragility of memory. The photos are posed, contrived, and in some cases appear to resemble a colorized photograph. In doing this, I wanted to create the effect of forcing whimsy and an artificial sweetness onto unease. I consider the last self-portrait to be the capstone piece of the series; by positioning myself among my other works and a spectacle of taxidermy, I convey the detachment and my own lack of context to these photos. I enjoy this vapid, self-obsessed persona I use in self-portraiture. Overall, the pieces are about detachment from a family history and being overly aware of my own mortality and the commodification of death. 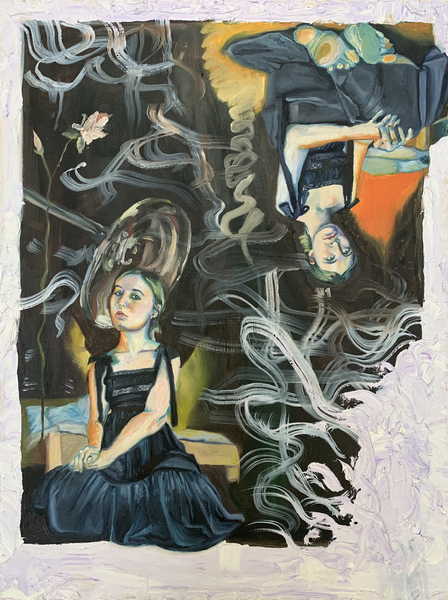 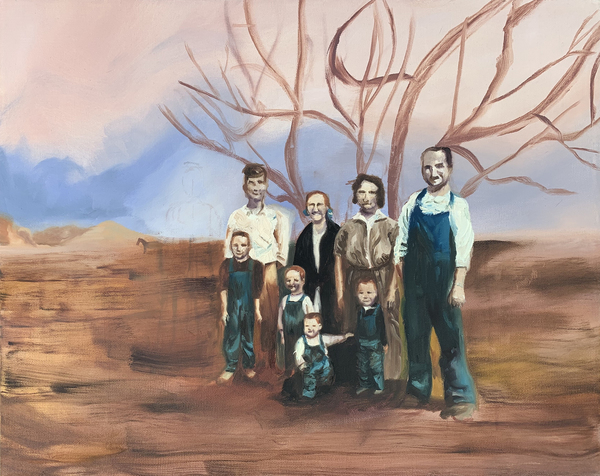 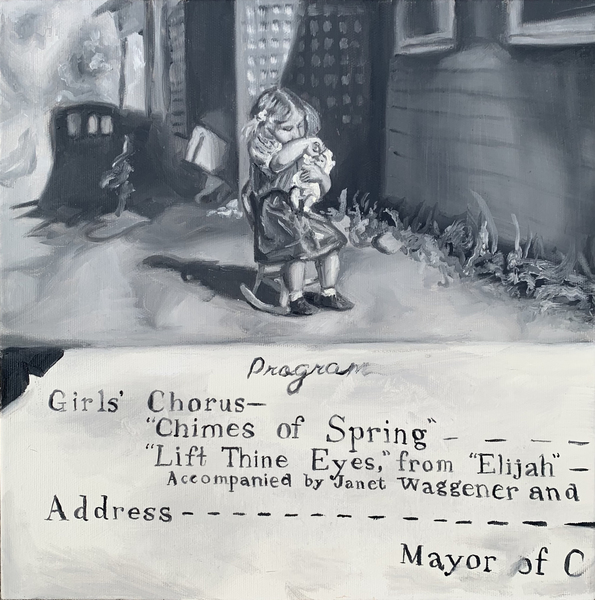 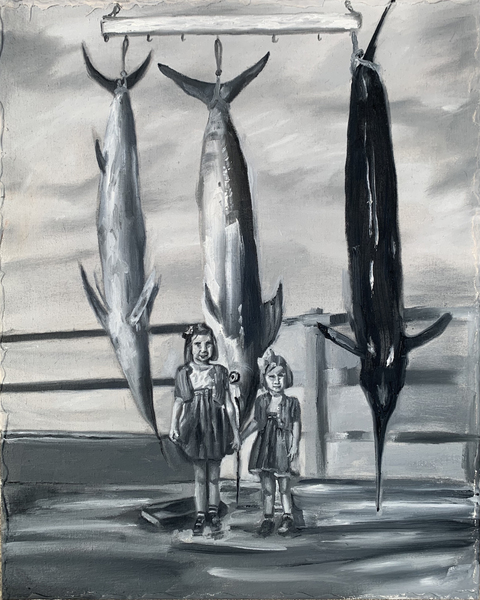 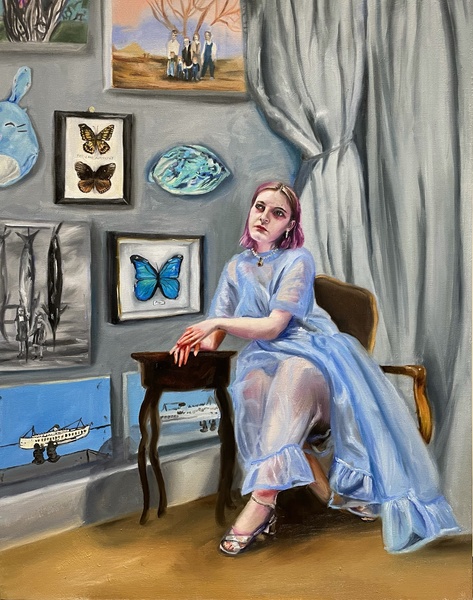